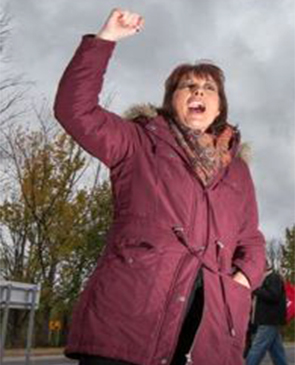 Lyndal is a champion of working women’s rights, particularly in early education and care, and a fierce defender of the most marginalised women in the ACT.

She joined her union while working as an early childhood educator to be part of making women’s working lives better. Lyndal went on to be an elected union official and is now the Secretary of the United Workers Union ACT.

She has worked to achieve significant gains for women in feminised industries, including securing the ﬁrst award for family day-care workers in the ACT, obtaining portable long service leave in the contract cleaning industry and exposing exploitation of vulnerable migrant women workers.