2019 - Led the Development of a number of Swimming Programs 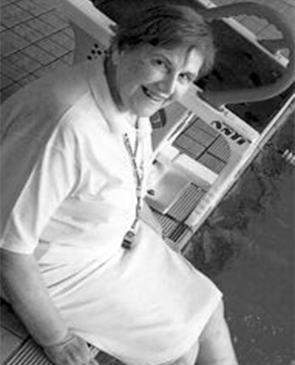 She has previously been inducted to the ACT Women’s Honour Roll in 2011.

Joan dedicated more than fifty years to the sport of swimming within the ACT and surrounding area. Since joining the Dickson Swimming Club in 1967, Joan was instrumental in initiating free learn-to-swim programs.  Having led the development of a number of swimming programs, she went on to become President of the Capital Territory Amateur Swimming Association, later renamed Swimming ACT. Joan championed the participation of women in sport and sports administration and governance through the Women in Sport Committee. She was recognised for her contributions with Life Membership of the Dickson Swimming Club and in 2033 was awarded an order of Australia Medal.