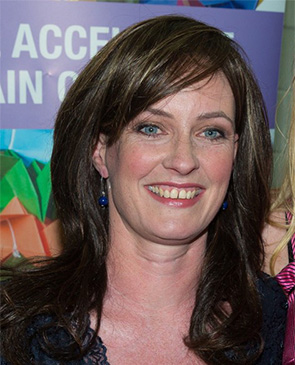 In 2007, Sarah Mamalai was just 33 years old when she was diagnosed with a grade four glioblastoma multiforme, an aggressive and deadly form of brain cancer.

After undergoing major brain surgery, Sarah was told the cancer was malignant and incurable. But the mother of two young boys was determined not to give up.

She became one of the five per cent of people who survive this form of cancer, but lost many dear friends to the same cruel disease. To honour their memories, Sarah hatched the idea of a unique charity event: Brainstorm for a Cure.

This 'party for hope' has raised almost $1 million since its first event in 2014.

Sarah is now patron of Brainstorm, and continues her vocal advocacy, raising funds for research and raising awareness of a disease which cuts short the lives of 1,200 Australians each year.