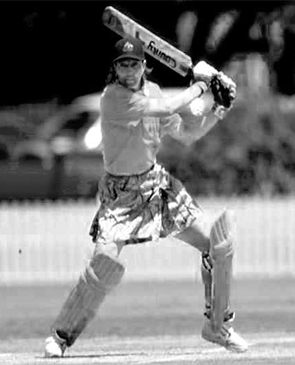 Bronwyn started playing cricket in the 1980/81 season at the age of 11 for the then called Northern Suburbs District Cricket Club (now known as North Canberra Gungahlin Cricket Club). Bronwyn was an outstanding, accurate and skilful medium pace bowler and attacking middle order batter who represented Australia, ACT and NSW. Bronwyn represented the ACT from 1983 - 1995 at national level (1518 runs @ 28.11, 100 wickets @ 19.39) and was selected to represent Australia in 1991, matching the achievement of her friend (and later coach) Jodie Davis who played for Australia in 1988.

She added great experience to the team in the CA Cup and in her last match, against South Australia, returned figures of 10 overs, 9 maidens, 7 wickets for 2 runs with the two runs being wides! Bronwyn is still involved in the game as both the women’s statistician for Cricket Australia and the on-line scorer at Manuka Oval.